As a cataloger, I remember the constant complaints from staff about the General Material Designator (GMD) in the MARC record:

“What KIND of Sound Recording?”
“Videorecording is WAY too broad!”
“Why can’t it just say ‘blu-ray’?”

GMD was one of those many things we added to the MARC record to make an ancient and out of touch software work for our changing technological libraries. Like ‘Notes,’ GMD was a limited solution created at the time librarians first began needing to add additional information about our resources. HOWEVER, this was merely a temporary fix because MARC was still based on a 3×5 card concept, even though it hasn’t been used to print cards for decades.  Our cataloging brains were still packed within the 3×5 margins.

RDA came along and I was SO relieved. We could now add more specifics for all the characteristics of the varying resources!  We added the 33x lines for content, media, carrier, and then the 34x lines that drilled down even further in each of those categories.  FINALLY! We could give staff and patrons the detailed information they wanted. I was downright giddy!

To top the new improvements off, TLC developed a MARC agnostic cataloging interface so that we could start using any Linked Data format when that time came, including BIBFRAME.  As a long time TLC fan—and now an employee—I was really excited to present this new interface to serve our patrons!

Here comes the irony.  After years of complaints about the lack of detail with the GMD, suddenly librarians were pushing back and clamoring for their GMDs:

“We can’t get rid of the GMD!”
“How can we keep our subfield h when we migrate?”
*Insert shocked face here*

After a lot of discussions, I realized that so many librarians had no idea about the amazing changes that occurred in cataloging that make it so much easier for us to help our patrons. So many of the things we always wanted to do for cataloging… we can do now!

So, in a nutshell, here it is:

There you have it.

Here are some visuals to illustrate my point: 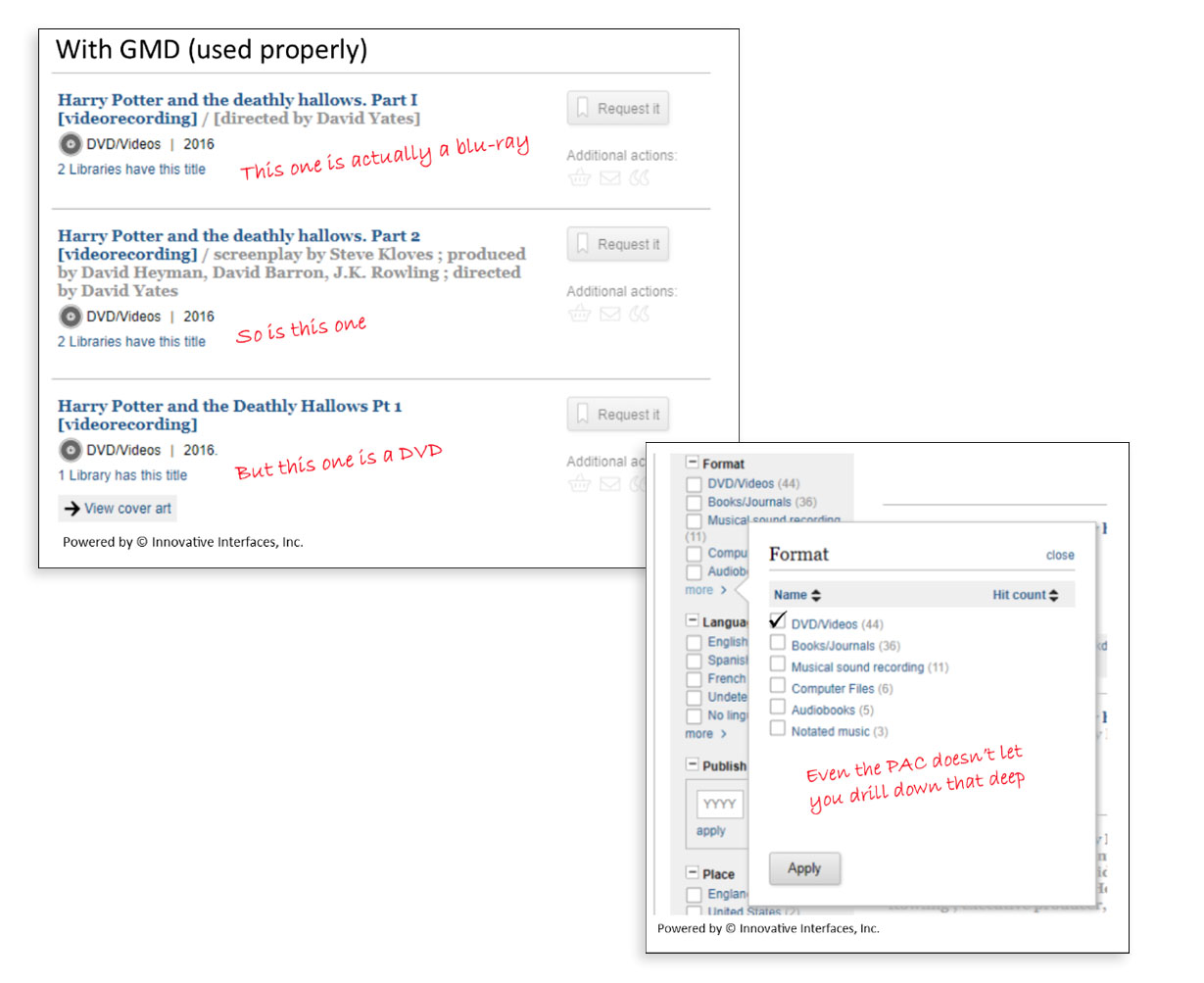 So, eliminating the $h [GMD] and using the RDA facets allows your patrons and staff to get the rich data they need in choosing their materials. No more confusing [soundrecording] [videorecording] in the records.  Just real language. 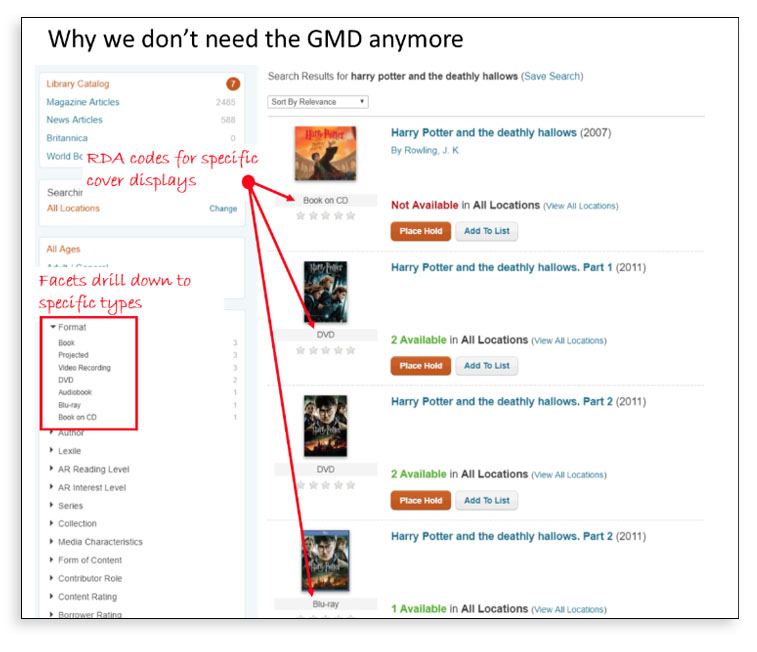 By hanging on to the GMD, you are actually denying yourself the very things you and your patrons have always wanted.

If you are reading this and saying, “Why doesn’t my ILS make use of these characteristics?” Give me a call. It may be time for a change.